Dr Talal Al-Azem is the Mohammed Noah Fellow of the Oxford Centre for Islamic Studies. His research focuses on social and intellectual history of the Muslim world, with particular attention to institutions of law and learning in the medieval and early modern Near East. His first book, Rule-Formulation and Binding Precedent in the Madhhab-Law Tradition: Ibn Quṭlūbughā's Commentary on the Compendium of Quduri (Leiden: Brill, 2016) argues for a single jurisprudential tradition underpinning the four post-classical Sunni schools of law, and demonstrates how this tradition facilitated both continuity and legal change while serving as the basis of a pluralistic judicial system in Mamluk Egypt. His current book project is a critical edition of a biographical dictionary of late medieval Damascus, through which he studies both the socio-urban and educational history of the city on the eve of the Ottoman conquest.

Dr Al-Azem received his MSt (distinction) and DPhil from the University of Oxford, Faculty of Oriental Studies in 2011. He obtained his BA in history and Near Eastern studies from the University of Michigan, Ann Arbor. Before joining the Oxford Centre for Islamic Studies, he was lecturer in Islamic history at the Faculty of Oriental Studies, and was awarded a Junior Research Fellowship at Pembroke College, Oxford. From 2014-15, he was a research officer on the ERC-funded IMPAcT (Islamic philosophy and theology) project. 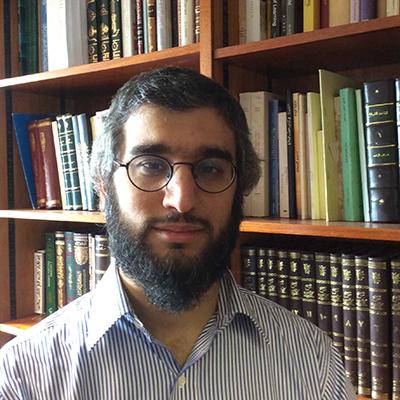