Faith in the Commonwealth

Baroness Scotland spoke first about the remarkable religious diversity of the Commonwealth, spread as it is across five continents and including some of the largest Muslim populations worldwide. This gave it a special role in promoting dialogue between different traditions and cultures.

The Commonwealth also had many programmes designed to help its 53 member countries develop trade, enjoy sound leadership and build for economic success.  She emphasised the Commonwealth’s wider international leadership role, as a uniquely voluntary association coming together on the basis of shared values. This made it easier to identify common ground where it could be found, for example in articulating sustainable development goals. The organisation’s recent efforts to coordinate on climate change and counter-terrorism initiatives had contributed to the building of a truly international consensus. The Secretary-General also drew attention to conflict resolution projects such as ‘Peace at the Crease’ which used the shared commitment to cricket to bring people together and transform local communities.

The vote of thanks was proposed by Baroness Royall of Blaisdon, Principal of Somerville College. 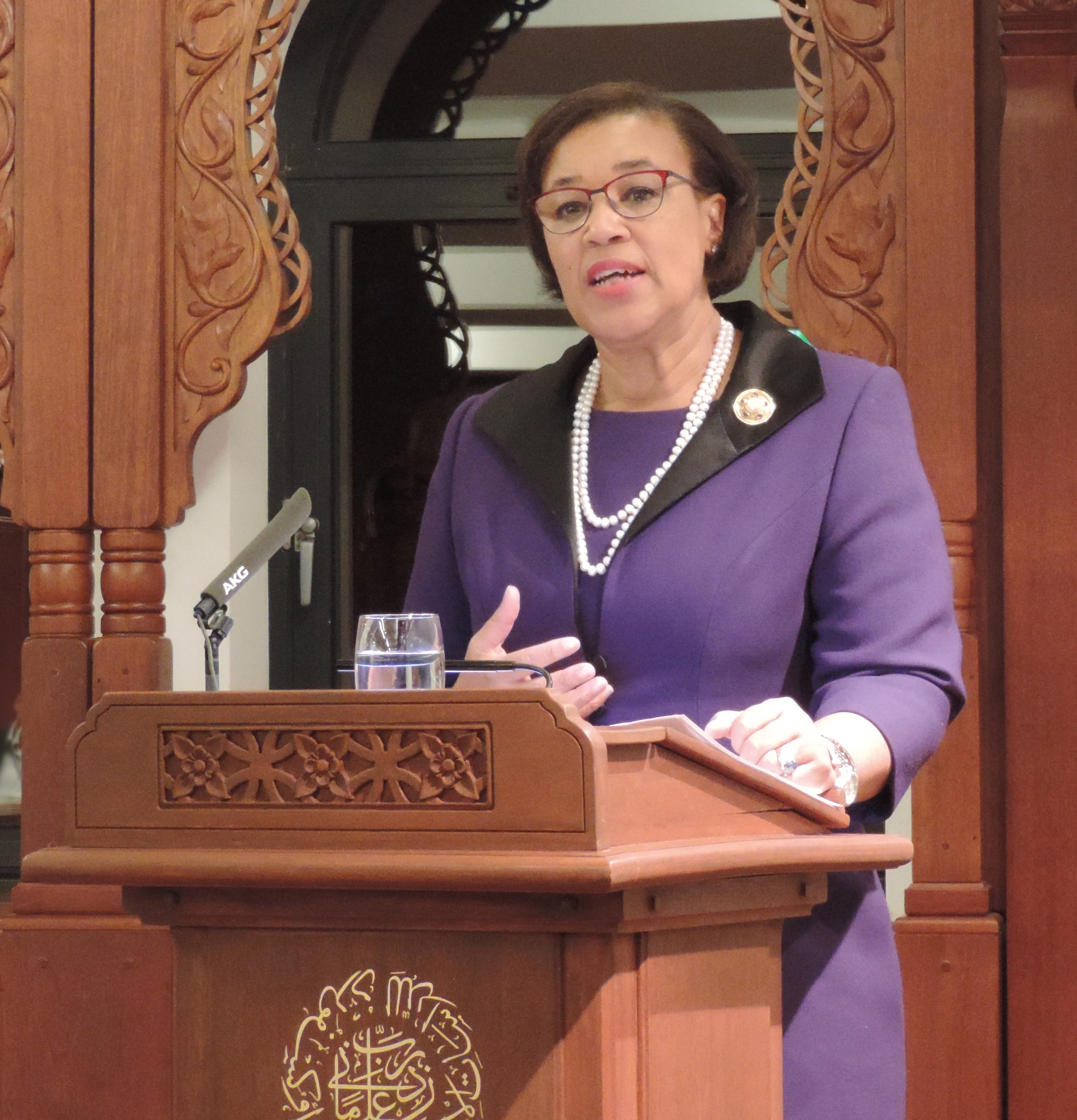 The Rt Hon Patricia Scotland QC, Secretary-General of the Commonwealth