On 5th March the Centre welcomed the Rt Hon Jack Straw to lecture on “Foreign Policy in a Fracturing World”. In a wide-ranging presentation Mr Straw recalled the history of recent Western interventions in the Middle East and the failed promise of the “Arab Spring”, which had ultimately caused additional turmoil in the region. Despite the best efforts of its allies, the US had failed to implement an effective policy in Iraq in the aftermath of the invasion and further tension had resulted from the US decision to abandon the nuclear deal so painstakingly negotiated with Iran. It was also harder than ever to see how a formula could be found to meet the legitimate expectations and rights of the Palestinians. Unilateral actions and the rise of populism in so many countries had made the world a more uncertain and dangerous place.

He called for a renewed recognition that diplomacy required negotiation and compromise and that seemingly intractable international problems and crises could only be resolved through international co-operation, recalling successful efforts of US and UK to avert the risk of a potentially nuclear confrontation between India and Pakistan. He hoped that the UK would continue to play an active outward-looking role in the world and not lose sight of the importance of continuing to work with other leading European countries to address international problems and challenges: notably climate change and other threats which cross national boundaries. 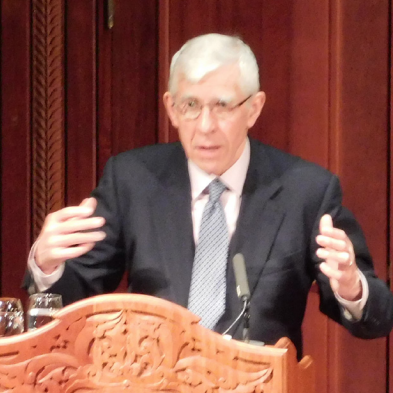