In March 2012 HE Mr Nassir Abdulaziz Al Nasser, President of the General Assembly of the United Nations, visited the Centre and lectured on the Global Challenges and the role of the UN at the dawn of the 21st Century. Drawing on his long experience as a diplomat, cluminating in his current appointment, Ambassador Al Nasser offered his reflections on the complex challenges facing the United Nations, and on the role of the General Assembly, the only body in which all UN member states are represented. He emphasised the importance of international action to prevent and resolve conflict, and to meet humanitarian needs across the world, calling on all member states to support fully the vital work of the United Nations. In discussion he commented on a range of issues that the UN currently faces. 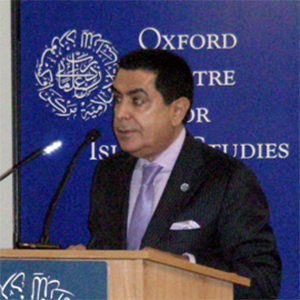