Islam and the Environment

HRH The Prince of Wales, Patron of the Oxford Centre for Islamic Studies
Distinguished Lecture

To celebrate the twenty-fifth anniversary of the founding of the Centre, HRH The Prince of Wales delivered a lecture on Islam and the Environment at the Sheldonian Theatre in front of a capacity audience of scholars, religious leaders, business executives, and representatives of civil society. Seventeen years after his last speech on Islam and the West, which he delivered on becoming Patron of the Centre, Prince Charles spoke once more of ‘healing divisions’, but this time not between cultures but instead ‘the widening division we are seeing in so many ways between humanity and Nature.’

Questioning the sustainability of collusion between the sciences and economic materialism, he argued that, in the light of the environmental crisis the world faces, a different model must be found. Locating the roots of the problem in a ‘deep, inner crisis of the soul’, he emphasized the way in which religion and religious communities can offer long-term solutions by returning to spiritual and practical values. Pointing towards the success of his own schemes which attempt to combine religious practice with environmental regeneration, he concluded that reverence for the Creation must be at the core of our thought about nature.

The Prince of Wales called upon the Centre to establish a global forum on ‘Islam and the Environment’ to help develop practical approaches, founded on traditional religious precepts, which will provide guidance on proper environmental policy. A vote of thanks was delivered by the Vice Chancellor of the University of Oxford, Professor Andrew Hamilton. Later a group of religious leaders and senior scholars convened at Rhodes House to discuss the lecture. 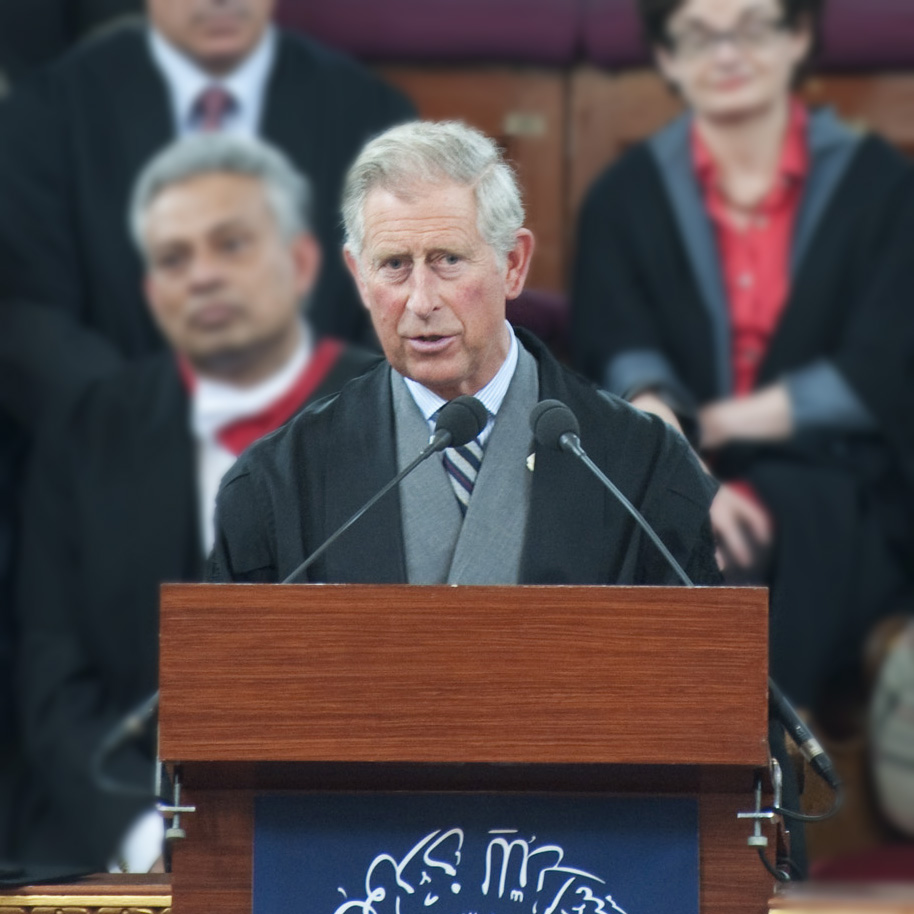