On 15th February, Ambassador Afif Safieh, formerly Palestinian Representative in London, Washington and Moscow, delivered a lecture at the Centre entitled ‘Palestine/Israel: History is Undecided...’ He reviewed the history of conflict in the region and the many attempts by the Palestinians to secure their national rights by peaceful means. Regrettably, the international community had engaged in a “peace process” that was all process and had not led to peace. The Palestinians had supported the creation of the “Quartet”, but this had proved to be little more than a vehicle for US policy and the policy of Washington, as exemplified by the recent decision to move the US Embassy to Jerusalem, had been consistently one-sided.

It was simply not acceptable to ignore the rights of an entire nation; international law had to prevail over national whim. The international community, through the Security Council, had a duty to safeguard the rights of the Palestinians. Analysing potential solutions, he argued that two states remained the only option capable of delivering independence and stability to both parties. Given the imbalance of power, a so-called “one state solution” would invite continued discrimination and denial of the basic human rights of the Palestinians. 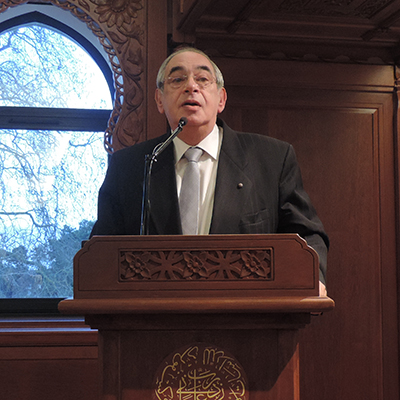