On 15th October, the Centre began its Michaelmas programme of Special Lectures with a talk by the Rt Hon Tobias Ellwood MP, entitled ‘Re-energising Britain’s Security Capabilities’. Ellwood was first elected as Member of Parliament for Bournemouth East in 2005. After previously serving as Under-Secretary of State for Middle East and North Africa (2014–2017), as well as Under-Secretary of State for Defence Veterans, Reserves and Personnel (2017–2019), he was elected as Chair of the Defence Select Committee in January 2020. Reflecting on his previous and current roles, Ellwood emphasised the importance of remaining attentive to the threats and challenges arising on the world stage.

He posited that the focus within politics on the ‘here and now’ too often comes at the expense of an engaged awareness of international affairs. Asserting that ‘with connectivity comes responsibility’, he advocated for a stronger commitment in the UK to understanding the complexities of the world around us – and to using this understanding actively as a force for good. Only by doing so, he argued, can we successfully confront the ever-evolving threats faced on a national and a global level: from the growth of authoritarianism and extremism, to the undermining of cybersecurity, to the innumerable grave implications of climate change. 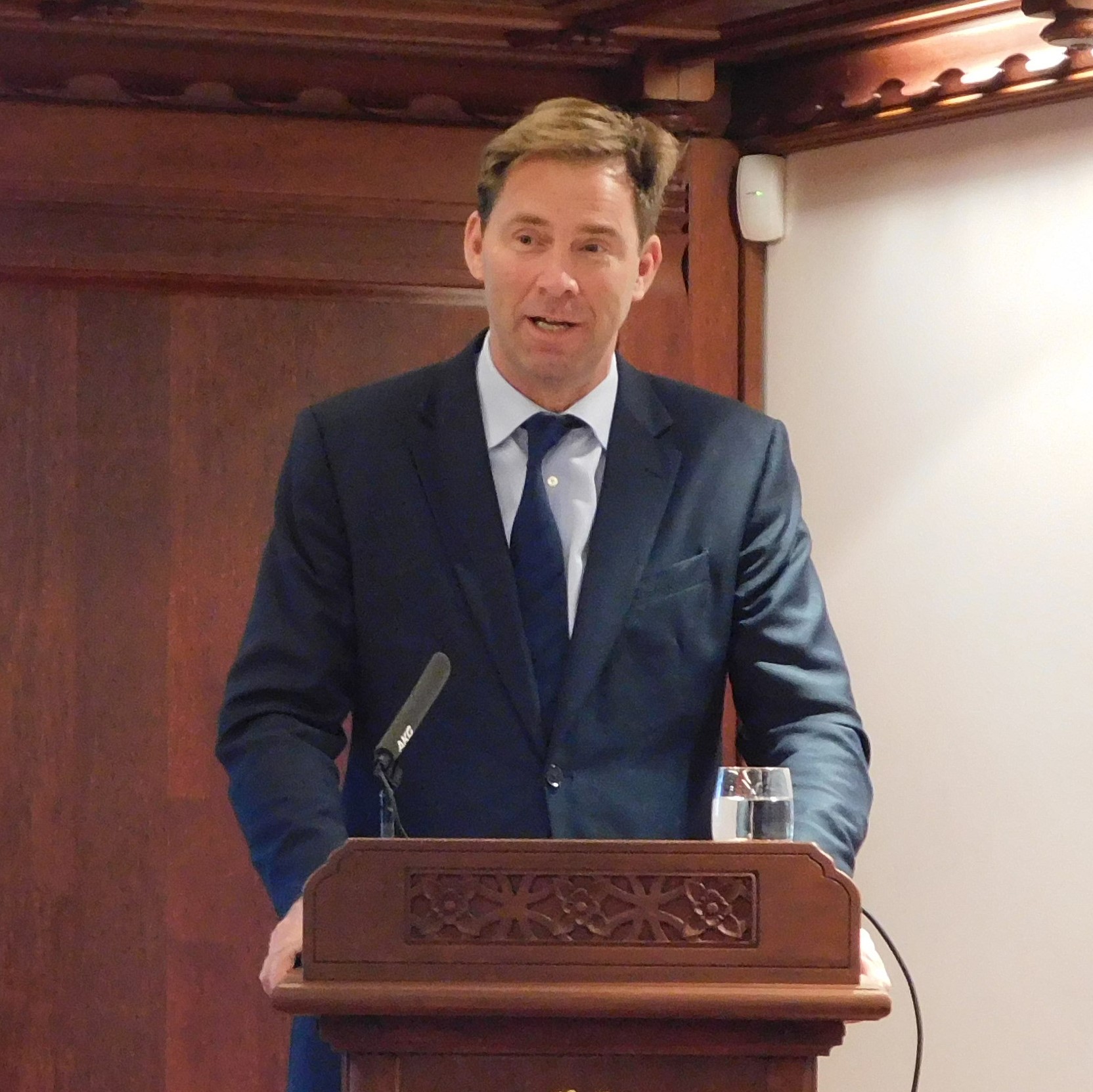