Security in the Arabian Gulf

From 31 October – 2 November the Centre hosted an international colloquium on ‘Security in the Arabian Gulf ’, the second in an annual series organised in cooperation with the Emirates Center for Strategic Studies and Research. Conference participants and invited guests gathered in London on 30 October, for a dinner at the Banqueting House. The dinner was hosted by ECSSR founder and Director General, HE Dr Jamal Sanad Al-Suwaidi, to celebrate the 20th anniversary of the foundation of ECSSR. Discussions continued through the weekend in the secluded surroundings of Ditchley Park. Participants included senior academics and public figures from the Gulf region, the US, UK and Europe as well as from India, Pakistan and China. Participants discussed the strategic importance of the Gulf, its military and economic security, the complex political and military developments in the wider region, and the continuing effort to resolve various conflicts. Particular focus was given to Syria and Iraq and the need to find ways to defeat extremist trends not just militarily, but by rebutting their political and ideological narratives. This was a key global challenge, and one in which the states of the region would need to play a leadership role, requiring a coordinated approach and a sophisticated campaign at many levels. 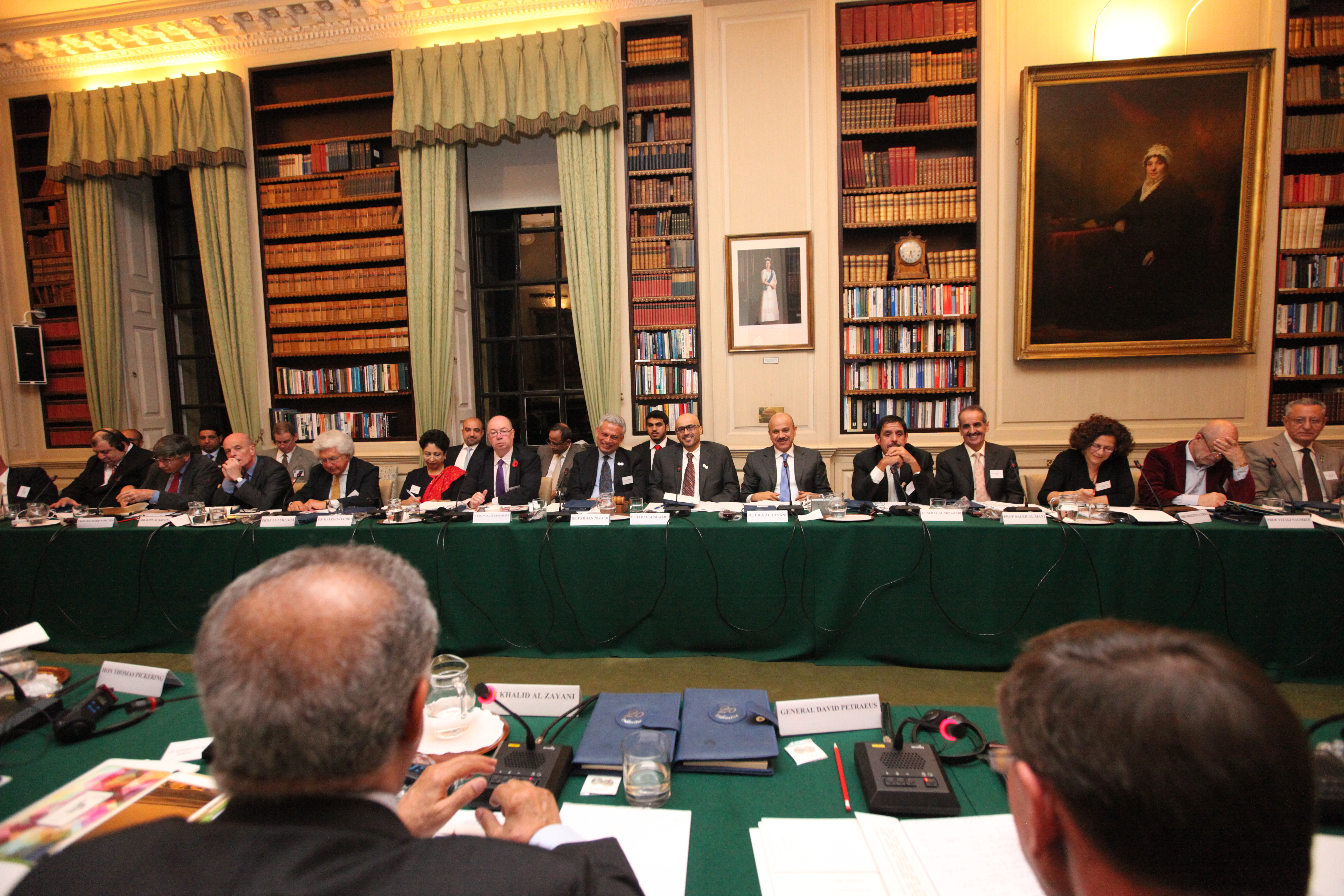