The Right to Freedom of Religion: Cases and Controversies

Lord Pannick QC delivered a lecture in the Azlan Shah series at the Centre on 26th April  on the theme of The Right to Freedom of Religion: Cases and Controversies.  He examined the especially sensitive nature of disputes where the deeply held religious feelings of one individual or group came into conflict with legal provisions to prevent discrimination against protected categories.  Typically this arose in the commercial sphere and from a refusal, argued as justified on religious grounds, to provide goods or services.  This was a topical subject within the United Kingdom as just such a case – related to cakes - was to be considered by the Supreme Court the following week.  But it was also a feature of cases – also cake-related - that had been heard by the Supreme Court in the United States.     Lord Pannick was introduced and the session chaired by the Centre’s Azlan Shah Fellow, Lord Phillips of Worth Matravers, who also proposed the vote of thanks. 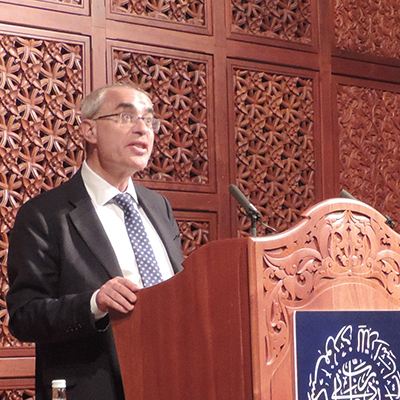