Dato Dr Al-Akiti’s areas of expertise are Islamic theology, philosophy and science. He is preparing for publication the results of his project, ‘New conversations on Christian-Muslim political thought, supported by the McDonald Agape Foundation and Oxford's Fell Fund. He is also finishing his own book project, 'Al-Ghazali's Madnun: An Introduction to His Philosophical and Scientific Corpus, with the Text of the Major Madnun'.

Dr Al-Akiti trained as a theologian and philologist in both the Islamic and Western traditions. Educated originally at the feet of the ulema of the Muslim world, he subsequently received a First Class degree in Scholastic Philosophy and History of Science from the Queen’s University of Belfast, where he was awarded various scholarships to read for his Masters degree and then DPhil in Medieval Arabic Thought as a Clarendon Scholar in 2008. He is the Kuwait Fellow in Islamic Studies and Islamic Centre Lecturer in Islamic Studies at the Faculty of Theology, University of Oxford, as well as College Lecturer in World Religions at Worcester College. Aside from his teaching and supervising duties for the University, Dr al-Akiti is the Assistant Editor of the Journal of Islamic Studies. 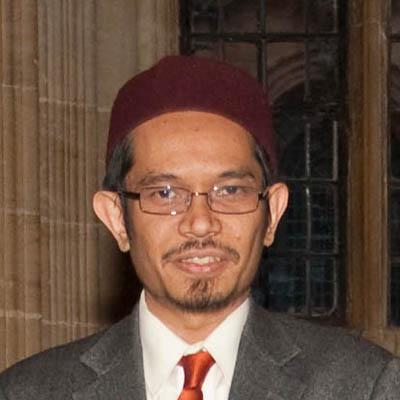