Dr Moin Nizami is the Tun Abdul Razak Fellow at the Oxford Centre for Islamic Studies, where he also serves as the Fellow Librarian. He specialises in the study of the social and intellectual history of Muslims in South Asia. His research focuses on the general theme of reform and renewal in South Asian Islam and the role of Sufi orders and Muslim networks in the 18th c. reformist upsurge. Dr Nizami works on the Centre’s project ‘An Atlas of Muslim Social and Intellectual History of South Asia, 1200-1900’. His recent monograph Reform and Renewal in South Asian Islam: The Chishti-Sabri in 18th-19th Century North India (OUP Delhi, 2017) studies the role of the Chishti-Sabri Sufi order in determining the trajectories of religious reform and in defining intellectual trends among South Asian Muslims. He is currently working on his second monograph that studies the experiences and intellectual networks of South Asian religious scholars of the 19th century who resided in the Hijaz.

Dr Nizami received his PhD degree in History from the University of Cambridge, where he was the Jawaharlal Nehru Memorial Trust Scholar at Trinity College. He obtained his MA and BA (Honours) degrees from the Centre of Advanced Study in History at Aligarh Muslim University. Before joining the Centre, Dr. Nizami was Assistant Professor at the International Islamic University of Malaysia (Kuala Lumpur). 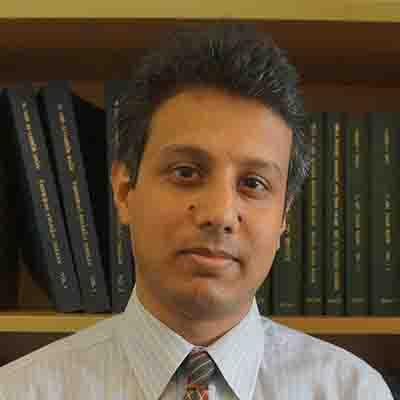