Ibn Khaldun (1332–1406) was one of the most remarkable Muslim scholars of the pre-modern period. He founded what he called the science of human society or social organization, as well as a new methodology for writing history and a new purpose for it, namely to understand the causes of events. While his ideas had little impact on the development of Muslim thought for several centuries, they hugely impressed European thinkers from the nineteenth century on—some of them proclaimed Ibn Khaldun a progenitor of sociology and modern historiography.

This book introduces the reader to Ibn Khaldun's core ideas, focusing on his theory of the rise and decline of states. It presents the story of Ibn Khaldun's life, his political ups and downs, and some features of his character that contribute to an understanding of the development of his ideas. The central concept of ʿaṣabiyya (group solidarity) and the factors that lead to its dilution are explained in detail, as also the method of testing (historical) reports for their plausibility. Alatas provides an extended discussion of Ibn Khaldun's views on education and knowledge, and on society. He recounts the reception of Ibn Khaldun in his own time and in the modern period, in the Islamic world and in the West: the range of responses include those who thought Ibn Khaldun merely reworked ideas found in the works of al-Farabi and in the Ikhwan al-Safaʾ to those who compare him to the giants of Western political and sociological thought, from Machiavelli to Marx. The book also includes a comprehensive list of the various editions and translations of Ibn Khaldun's works into European and non-European languages and also an annotated list of major works in Arabic, English, and other Western languages, which would aid the reader in further research.

Ibn Khaldun was published in 2013.

Syed Farid Alatas teaches sociology at the National University of Singapore and is also head of its Department of Malay Studies. He has authored Democracy and Authoritarianism in Indonesia and Malaysia: The Rise of the Post-Colonial State (1997) and Alternative Discourses in Asian Social Science: Responses to Eurocentrism (2006). He has co-edited Asian Inter-Faith Dialogue: Perspectives on Religion, Education and Social Cohesion (2003) and Asian Anthropology (2005). He has also contributed to scholarly journals and essay collections, several articles on Ibn Khaldun, with particular emphasis on the application of his concepts and methodology to contemporary issues in the social sciences, educational philosophy, and culture. 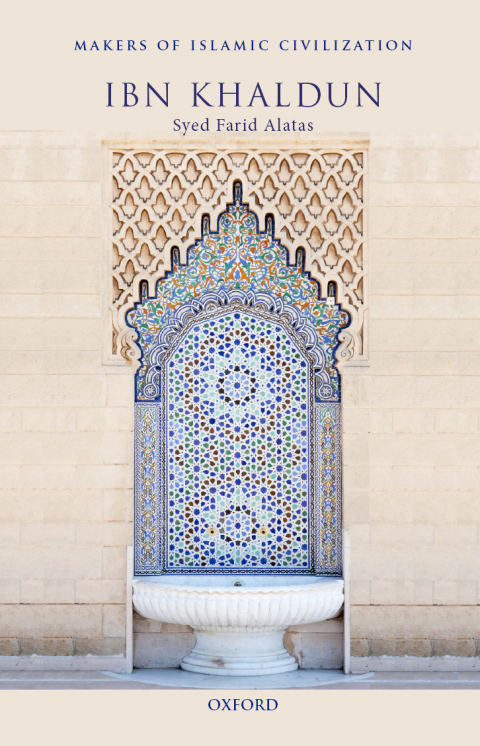