ʿAbd al-Rahman Jami (1414–1492) is a culminating figure in Perso-Islamic culture, whose reputation and influence have remained undiminished throughout the eastern Islamic world – the Ottoman empire and Central Asia, Iran, India, China, and the Malay world. Primarily celebrated as a poet, Jami was also an accomplished Islamic scholar and Arabist, a Sufi of great standing, and an acerbic polemicist and social critic. He was most closely associated with the Timurid dynasty; but his international renown made him a favourite also of other political powers of the time.

In this masterfully concise study, Algar begins with a sketch of the geographical and historical landscape behind the events of Jami's life in Herat and beyond. He explains the influences upon his character and work, the factors that shaped his poetic output, its literary forms, and thematic concerns, the reasons for the precise configuration of his Sufism within the Naqshbandiyya, and his combative support for some of the doctrines of Ibn ʿArabi. Algar also discusses the concept and Jami's practice of 'seclusion within society', whereby the Sufi was attentive to the problems of the community while being detached from them. Jami's social critique and some of his polemic against fake scholars and sham Sufis can be understood as part of that concern for community. Finally, Algar surveys the transmission of Jami's literary, intellectual, and spiritual legacy to the eastern Islamic world, and, within suggestions for further reading and study, he presents an overview of recent Jami scholarship in the Islamic world, the West, and China.

Hamid Algar is Professor Emeritus of Persian and Islamic Studies at the University of California, Berkeley. The principal emphases of his research and writing have been the history of Shiʿism in Iran, from the late eighteenth century to the present, and the diffusion and current status of the Naqshbandi order. His many publications range from Religion and State in Iran, 1785-1906: The Role of the Ulama in the Qajar Period (Berkeley and Los Angeles 1969) to Nakşibendilik (Istanbul 2012), a 600-page collection of his writings on the Naqshbandiyya. 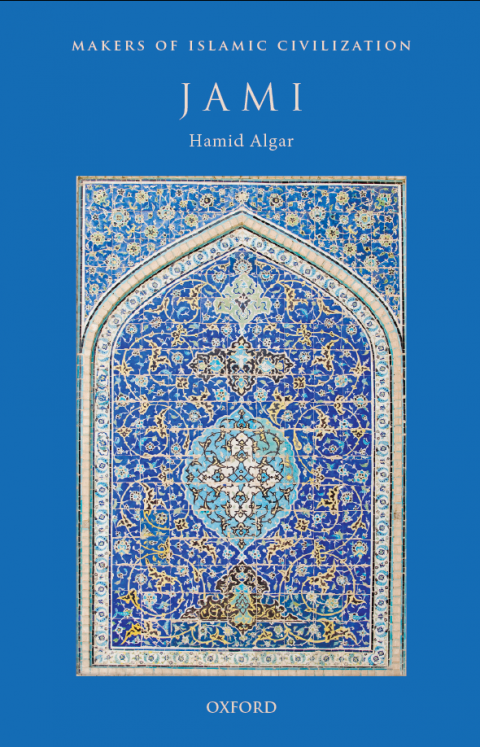